A convention, in the sense of a meeting, is a gathering of individuals who meet at an arranged place and time in order to discuss or engage in some common interest. The most common conventions are based upon industry, profession, and fandom. Trade conventions typically focus on a particular industry or industry segment, and feature keynote speakers, vendor displays, and other information and activities of interest to the event organizers and attendees.

Conventions are often planned and coordinated, often in exacting detail, by professional meeting and convention planners, either by staff of the convention’s hosting company or by outside specialists. Most large cities will have a convention center dedicated to hosting such events. The term MICE—meetings Incentives Conventions and Exhibitions—is widely used in Asia as a description of the industry. The Convention (“C”) is one of the most dynamic elements in the M.I.C.E. segment. The industry is generally regulated under the tourism sector.

In the technical sense, a convention is a meeting of delegates or representatives. The 1947 Newfoundland National Convention is a classic example of a state-sponsored political convention. More often, organizations made up of smaller units, chapters, or lodges, such as labor unions, honorary societies, and fraternities and sororities, meet as a whole in convention by sending delegates of the units to deliberate on the organization’s common issues. This also applies to a political convention, though in modern times the common issues are limited to selecting a party candidate or party chairman.

In this technical sense, a congress, when it consists of representatives, is a convention. The British House of Commons is a convention, as are most other houses of a modern representative legislature. The National Convention or just “Convention” in France comprised the constitutional and legislative assembly which sat from September 20, 1792 to October 26, 1795. The governing bodies of religious groups may also be called conventions, such as the General Convention of the Episcopal Church USA and the Southern Baptist Convention.

Con is a common abbreviation for convention, and some conventions (such as DEF CON and Gen Con) use it in their names. 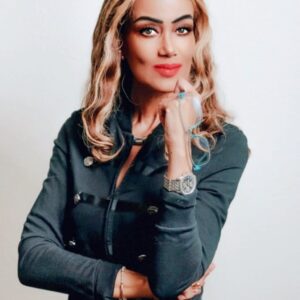 Sophia is a well-known businesswoman, multinational entrepreneur, corporate governance expert, global policy advisor, and public engagement professional, as well as an activist and philanthropist with extensive expertise in both the public and private sectors. 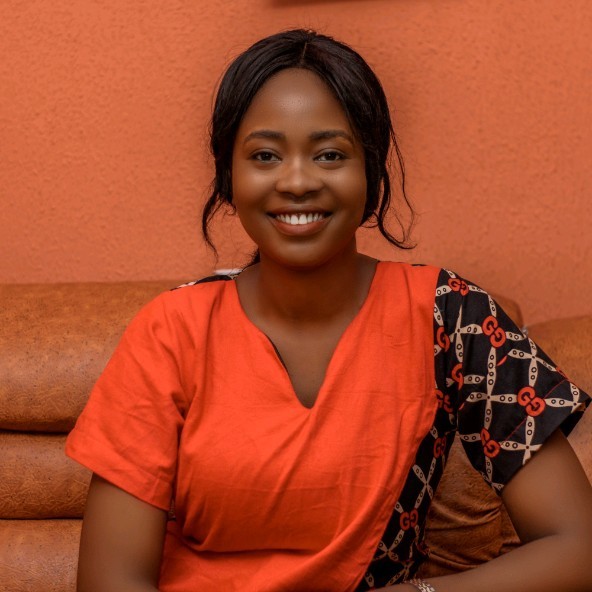 Temitope is the Founder of STEM Zone Nigeria. it is a subsidiary of ZionIT Company Limited, a company dedicated to encouraging creativity and invention in Africa by inspiring young minds through innovative learning techniques that emphasize hands-on experience and real-world applications to tackle real-world problems.

She is a driven and dedicated individual who is interested in emerging technologies, particularly Artificial Intelligence and Machine Learning. Her Ph.D. research focuses on utilizing Machine Learning to forecast novel materials. She is also a trained Data Scientist with experience working on a variety of data-related initiatives.

As part of her initiative, she teaches young girls how to use technology to tackle community problems. 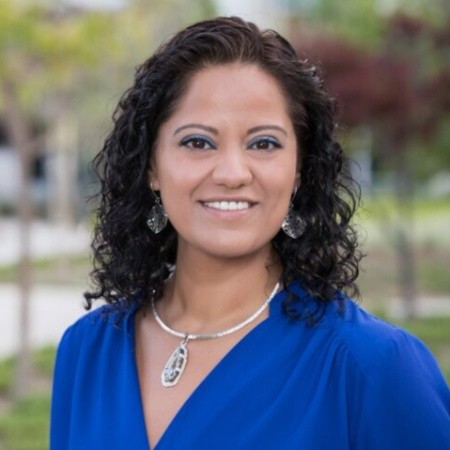 Hiba Sharief, an outstanding leader, was named one of Silicon Valley’s “40 under40” in 2017 by the Silicon Valley Business Journal and has been selected as Sudan’s Women in Africa Ambassador. Her knowledge and experience in digital transformation, business value generation, IT strategy, and innovation covers many industries and more than 30 countries, as a former CIO and Chief Digital Officer. Hiba created Elevoro in2018, a global network of leaders that share a set of ideas centered on pushing innovation while improving people’s lives. Her devotion to bettering people’s lives has led her to work on a wide range of issues, from financial inclusion to shifting the gender ratio in technology and leadership.

Hiba has a remarkable capacity to spot talent, nurture it, and help it grow. 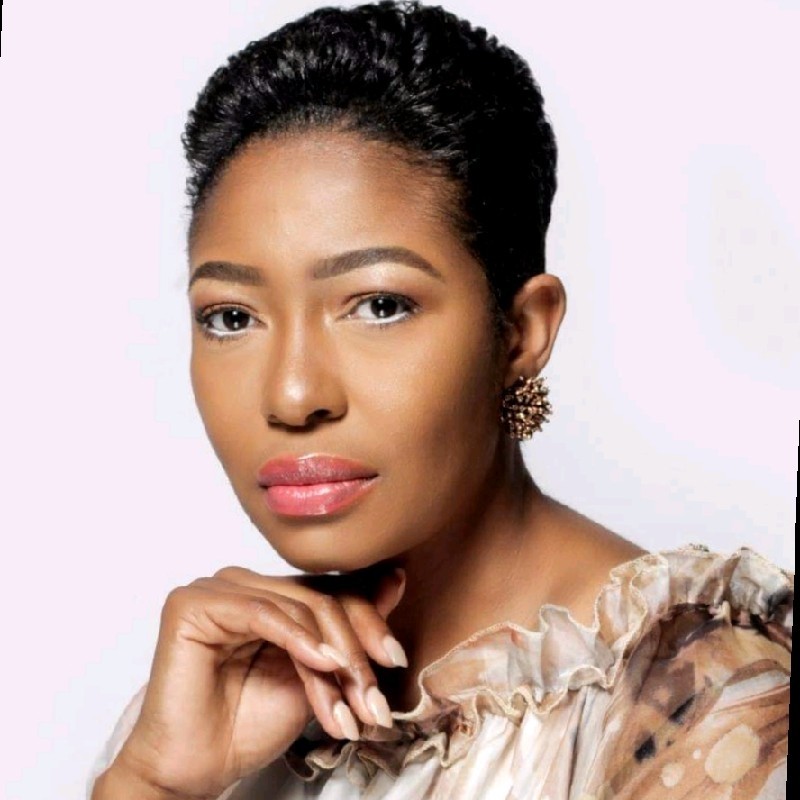 Fortunate has received certification as a Life Coach (your Best Version Coach)
.She is an ex-South African Airways flight attendant, working as a safety officer. She is a Key Note Speaker & Motivational Speaker to Women & Youth at Schools. She has Judged Pageants. She is Former Mrscommonwealthsouthafrica2019, MrsSATop50 2020. She is a Part-time Radio host for Alex Fm. She is a Philanthropist running the NGO of Elderly, & NPO zandiles Daycare center. 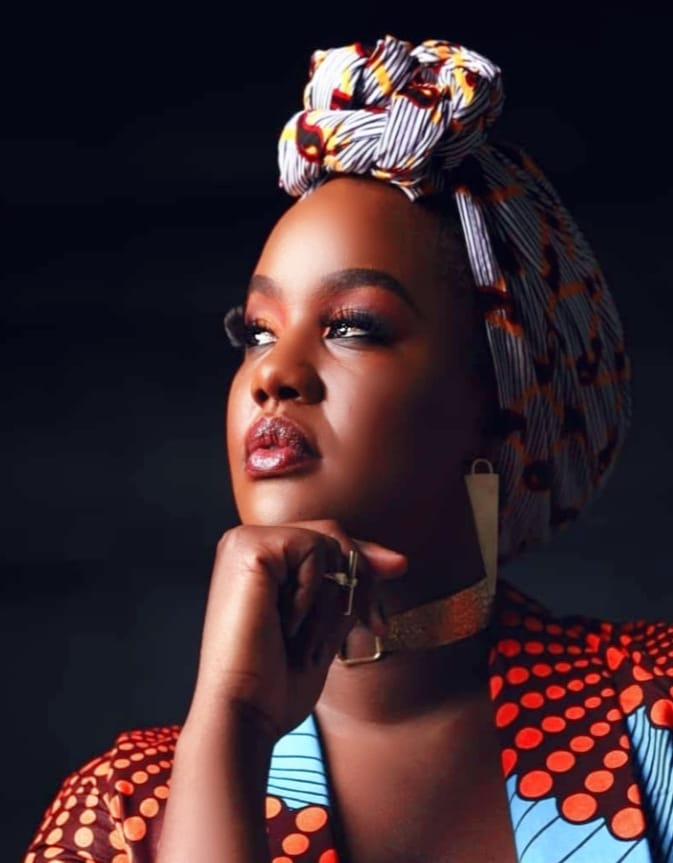 Georgina Mbira is a two-time award-winning TV Host, Events Host, and Voice Artist. She is most notable as the Former host of ‘Our Perfect Wedding’ on Maisha Magic East. 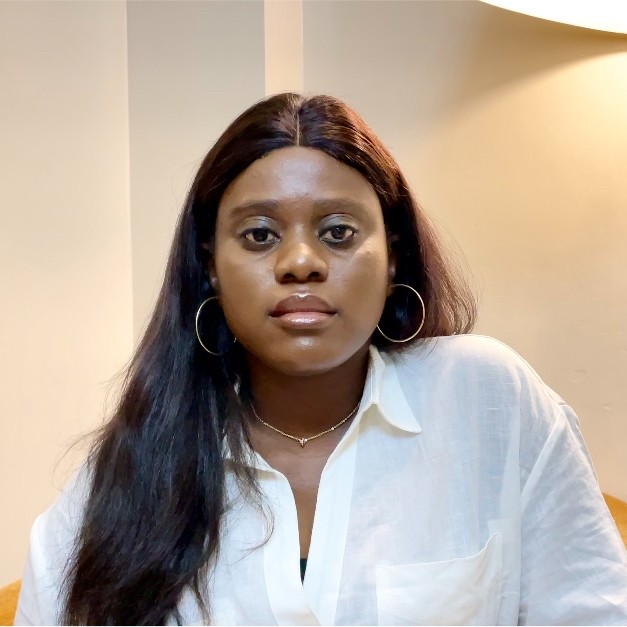 With years of experience in the design sector and a first-class architecture degree,

Jumoke evolved her tech-enabled E-Commerce business that uses mixed reality to sell furniture in Lagos, Nigeria, from zero capital to a multi-million dollar business in just a few years.

She has received grants and honors such as ;

● Tony Elumelu Foundation Award as one of 1,000 entrepreneurs that will shape
the future of Africa,

●HerNetwork Woman of the Year Entrepreneurship 2021 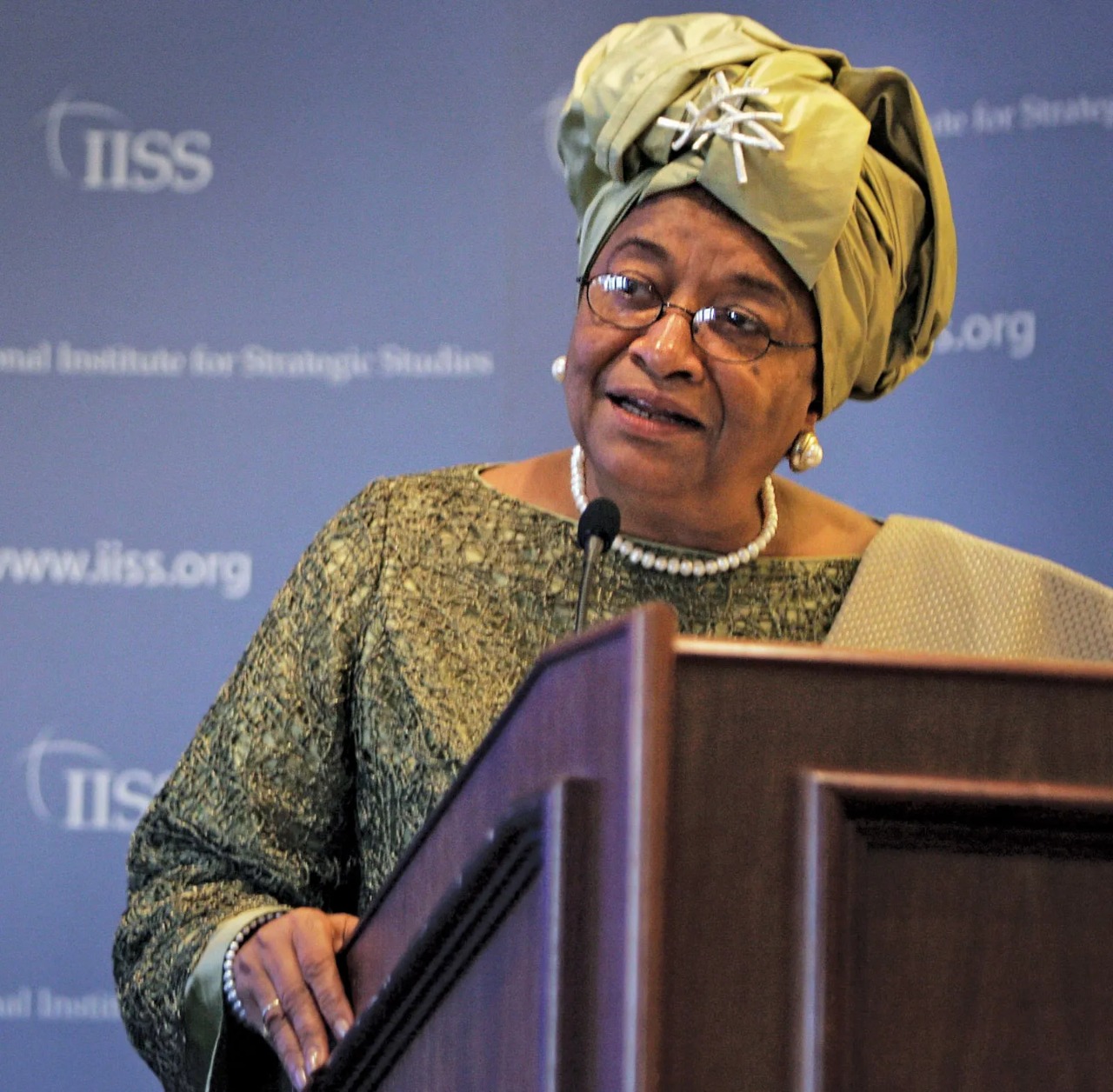 With over 15,000 UN peacekeepers in the country and an unemployment rate of 80%, Johnson Sirleaf faced significant challenges. She sought debt relief and assistance from the international community right away. Liberia’s entire debt had been erased by late 2010, and Johnson Sirleaf had secured millions of dollars in foreign investment. 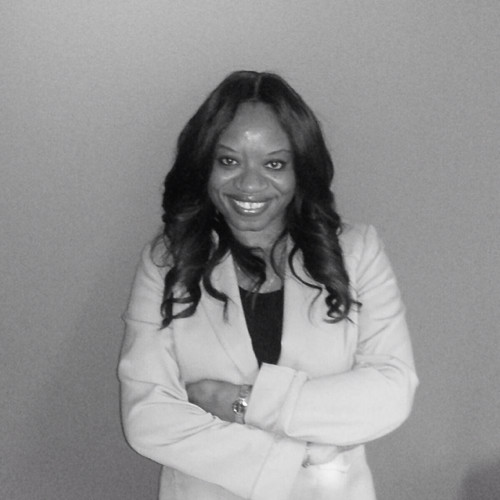 Anie is the Founder of African Women In Tech (AWIT). She is an experienced Vice President of Mortgage with a proven track record in the banking industry. Mortgage Marketing, Commercial Lending, Banking, Credit Analysis, and Entrepreneurship are some of her specialties. Dowling College produced a strong business development practitioner. 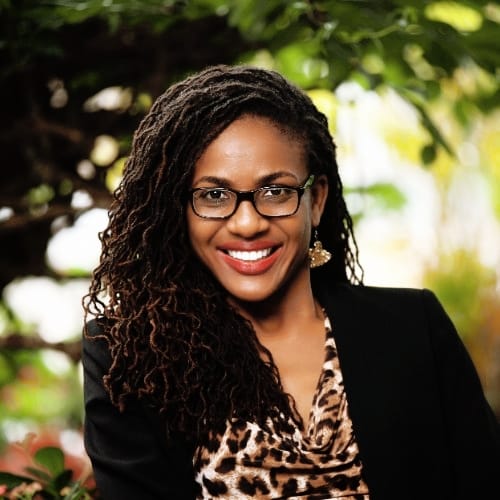 Farida Nana Efua Bedwei is the co-founder and Chief Technology Officer of Logiciel (Ghana) Ltd, a microfinance software firm. Her job entails analyzing the business and devising practical solutions that are simple to implement even for those with no professional banking training. She feels that the informal sector, which accounts for 60-70 percent of Africa’s population, deserves the same banking services as the formal sector. As a result, the microfinance business will be able to reach its full potential and provide acceptable financial services to its consumers by developing cheap banking systems for them.

Farida worked in the telecom software sector before co-founding Logiciel, producing mobile gateways and services for mobile networks and content providers. Farida is also an author and a disability rights advocate who has appeared in a variety of media outlets, including CNN African Voices in February 2015. She’s also received a slew of national and international honors, including being named the most powerful woman in business and governance (financial sector) for her work in computerizing the microfinance industry. 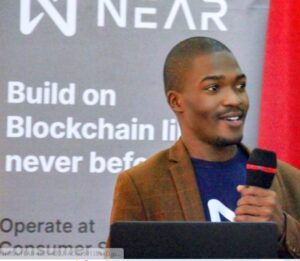 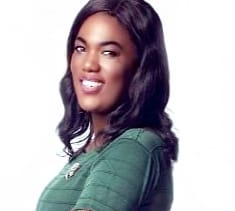 Elizabeth Wuraola Kolade is a Cybersecurity professional. She has been involved in the strategy, creation, and implementation of security measures and the delivery of cyber security awareness across critical organizations. Elizabeth has served as an Analyst, Technical Specialist, and Advisor over the course of her career across government, the private sector and civil society. She has embarked on numerous campaigns to promote end-user security education in and outside Nigeria. Her interest spans Incident Response, Cyber Policy, Cyber Capacity Building, and Cyber Diplomacy, all geared towards enhancing and sustaining international peace and security.

Elizabeth is a Fellow of the Young African Leaders Initiative (YALI) and has been a part of several multi-stakeholder engagements on Cyber Security in and outside Africa. She was listed as one of the Top 50 Women in Cybersecurity in Africa in 2020. In 2021, she was named a Global Influencer in the IFSEC Global Awards under the “Security – One to Watch” Category and was soon after nominated for the 2021 Young CISO of the Year Awards. Elizabeth served as a member of the presidential committee, which reviewed and produced Nigeria’s National Cybersecurity Policy and Strategy (NCPS) 2021. She is the current Director of membership of the Cyber Security Experts Association of Nigeria (CSEAN) and remains an ever-avid advocate for the education of women in technology. 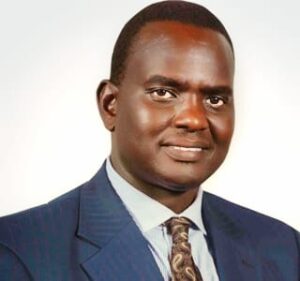 H.E. Samuel Losuron Poghisio is a Kenyan politician serving as the incumbent Majority Leader of the Kenyan Senate. He was first elected to the parliament in 1988, and also in 1997 and 2002, representing the KANU party. His H.E. was also a former Chairman of Kenya Civil Aviation Authority (2014-2017), responsible for policy development and oversight and Minister Ministry of Information and communications (2008-2013) Kenya, providing overall direction on policy, performance contracting and advancing ICT in Kenya. 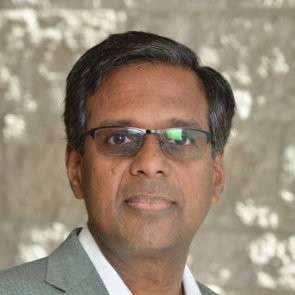 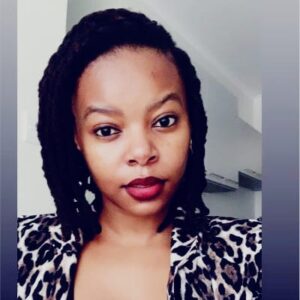 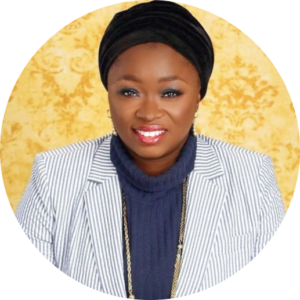 rifat is a Cyber Security professional with work experience across diverse industries including Agriculture, Oil & Energy services, Pharmaceuticals, Financial and IT services.
Currently a Business Information Security Officer (BISO) with one of the top banks in Northern America. She holds a master’s degree with distinction from University of Salford, UK and Bachelor’s degree with First class honors in Computer Science and Technology from Bowen University, Nigeria.

She has great passion and interest for enabling women in their professional career. She servers as a member of several boards including Advisory Board for Canadian Women in Cybersecurity, Girls & Women Technological Empowerment Organization (GWTEO) past mentor of Cybersafe 2021 program, and also a co-founder of Women in Cybersecurity & Technology (WICT).

She volunteers her time mentoring young people to launch their career in Technology and supports the less privileged. 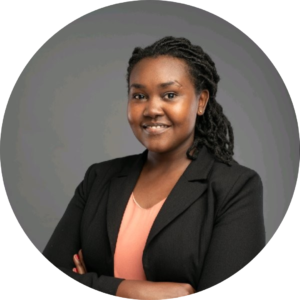 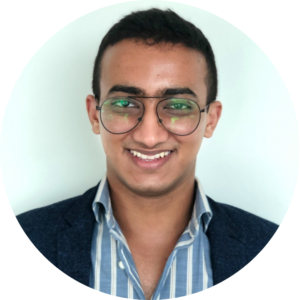 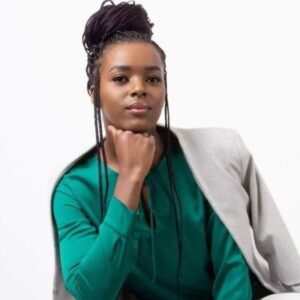 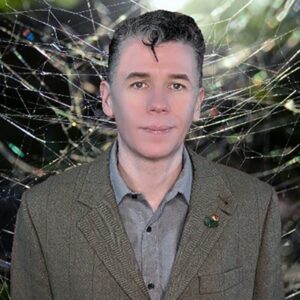 CISO, HyperProof | Cyber Security Influencer and expert | Spokesperson Global Cybersecurity Thought Leader | IEEE Senior member Kayne McGladrey, CISSP is the field CISO for Hyperproof and a senior member of the IEEE. He has over two decades of experience in cybersecurity and has served as a CISO and advisory board member, and focuses on the policy, social, and economic effects of cybersecurity lapses to individuals, companies, and the nation